Working within the gap 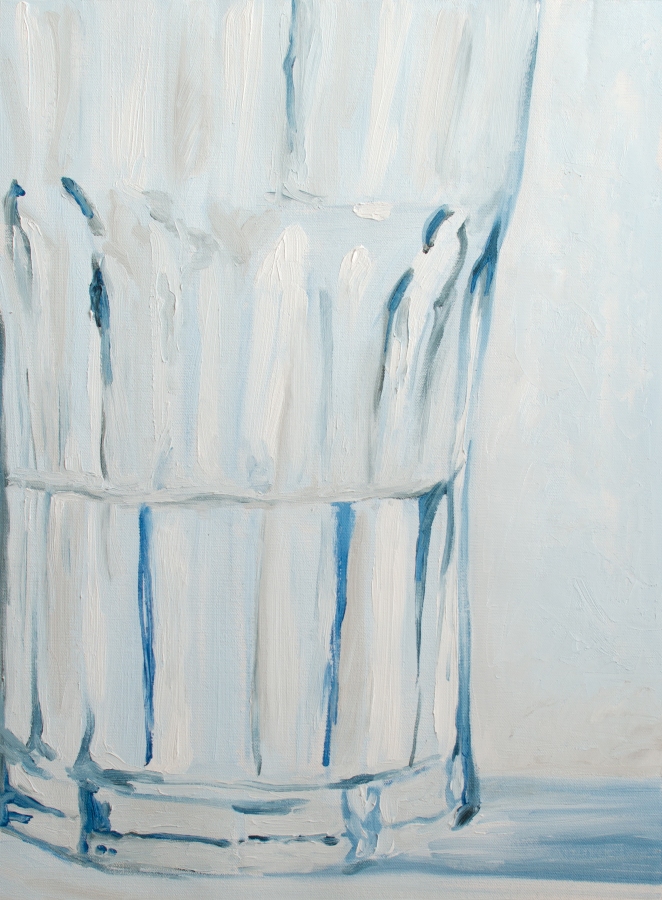 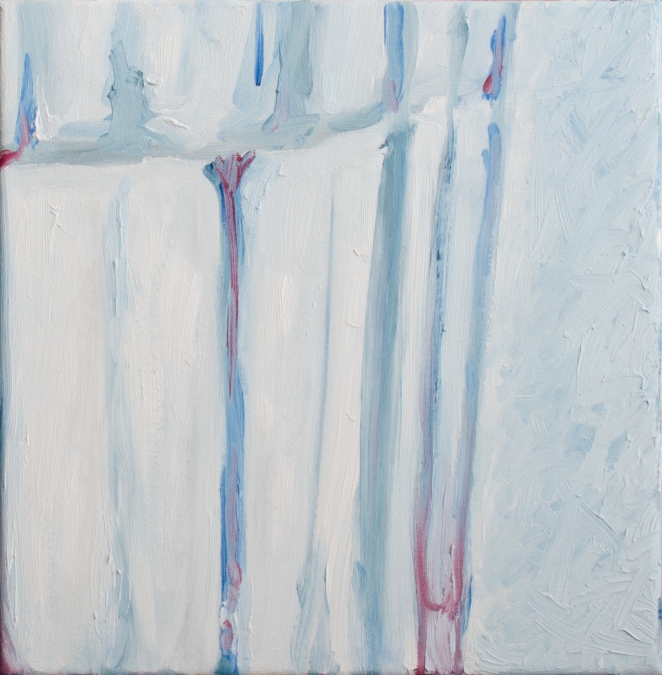 Having for some reason been reminded of Wayne Thiebaud’s work, Samantha and I made an extra stop today to find some cupcakes that I could paint. As they were fairly coveted, I photographed them when we got home so that we could enjoy eating them BEFORE I painted them. I also photographed ball bearings, apples and glasses half filled with water. (perhaps a result of the lingering effects of seeing Divergent this afternoon.)

In looking at the photos and feeling very un-inspired and mundane, I chose the half-full glass over the cupcakes. (it’s likely the cupcakes will show up down the road.) I was intrigued by abstracted, close up bits of the image on my computer screen and although my intention was to paint one fairly realistic image of the glass, I decided to attempt two detail bits and to play a little. Minimal colour and contrast and yet something I found interesting.

I had spent the week looking at pretty amazing artwork and feeling very mediocre. When I grow up I hope to create work like Heather Hingst Bennett – I am enamoured by her minimal, painterly brush strokes that so beautifully depict her subjects. And I am eternally envious of Lucia Dill’s chairs. Perhaps one day I will be able to so emotively depict everyday objects that somehow express such human situations. I am both so very inspired and yet completely dejected by these artists when I so clearly see the gap between where I am and where I want to be. And yet I can’t not continue. For whatever it’s worth…