June drawings complete and all in one place: 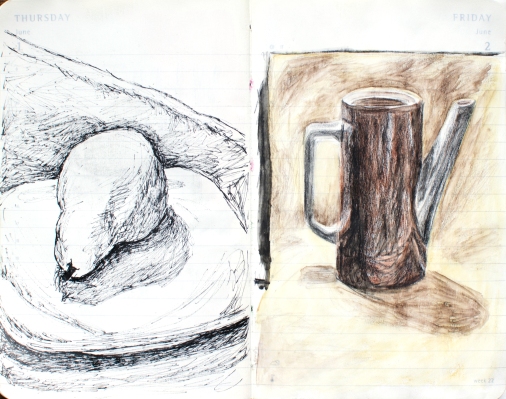 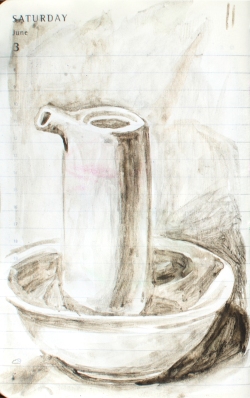 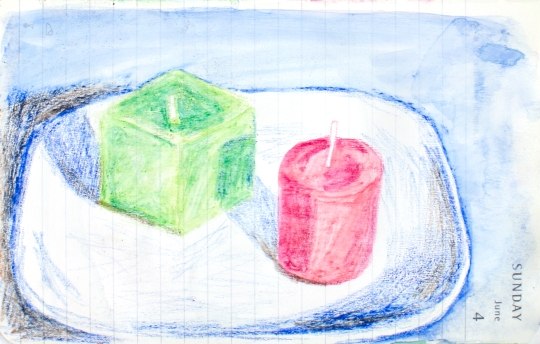 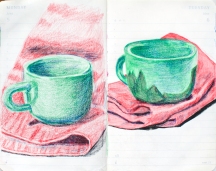 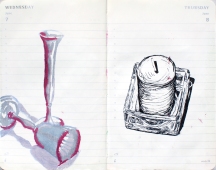 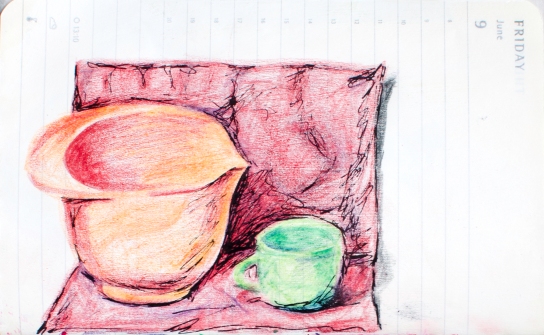 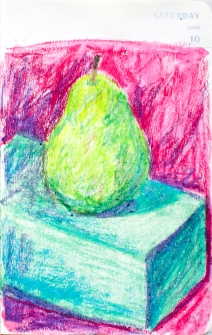 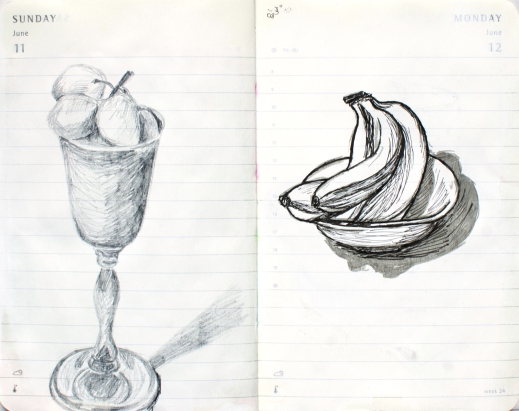 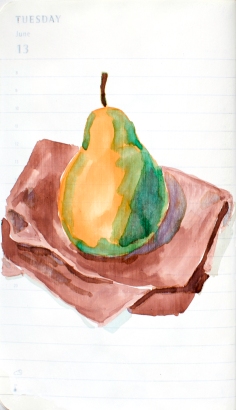 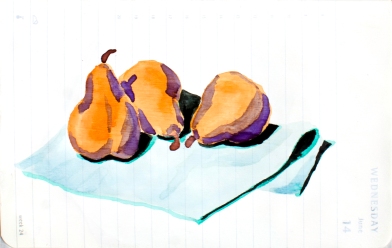 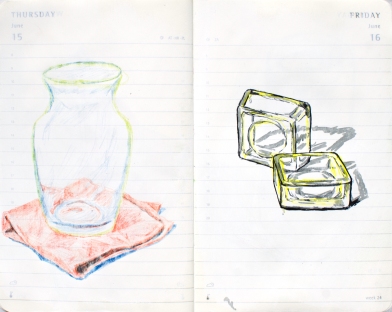 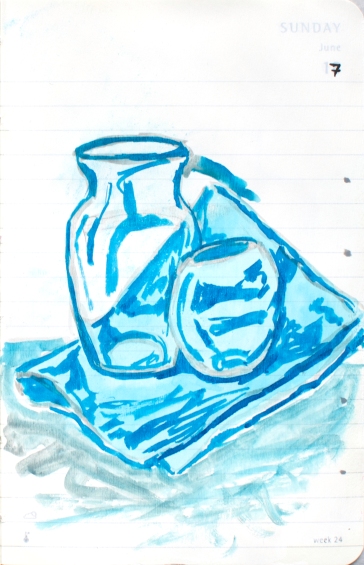 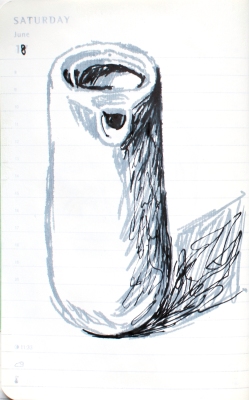 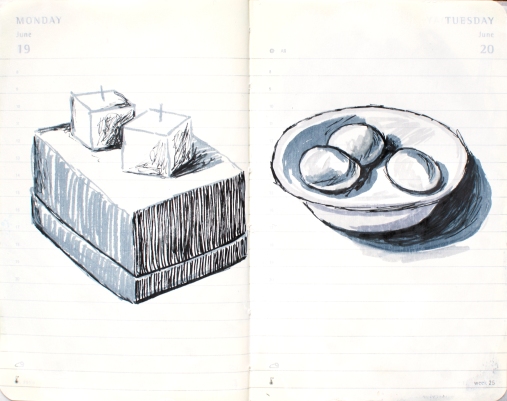 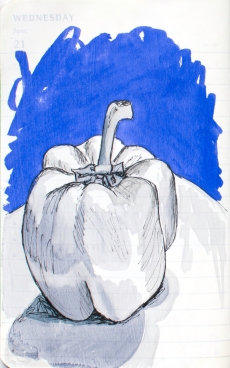 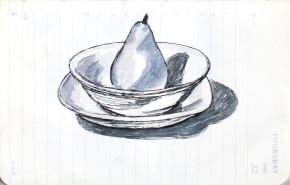 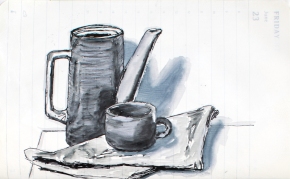 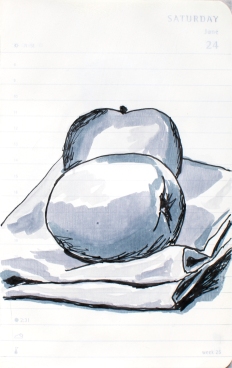 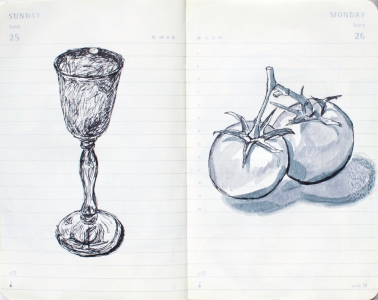 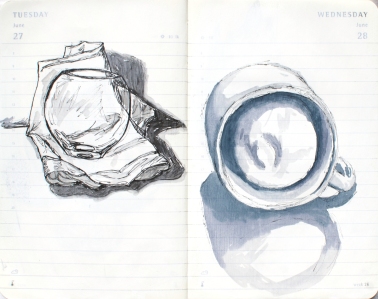 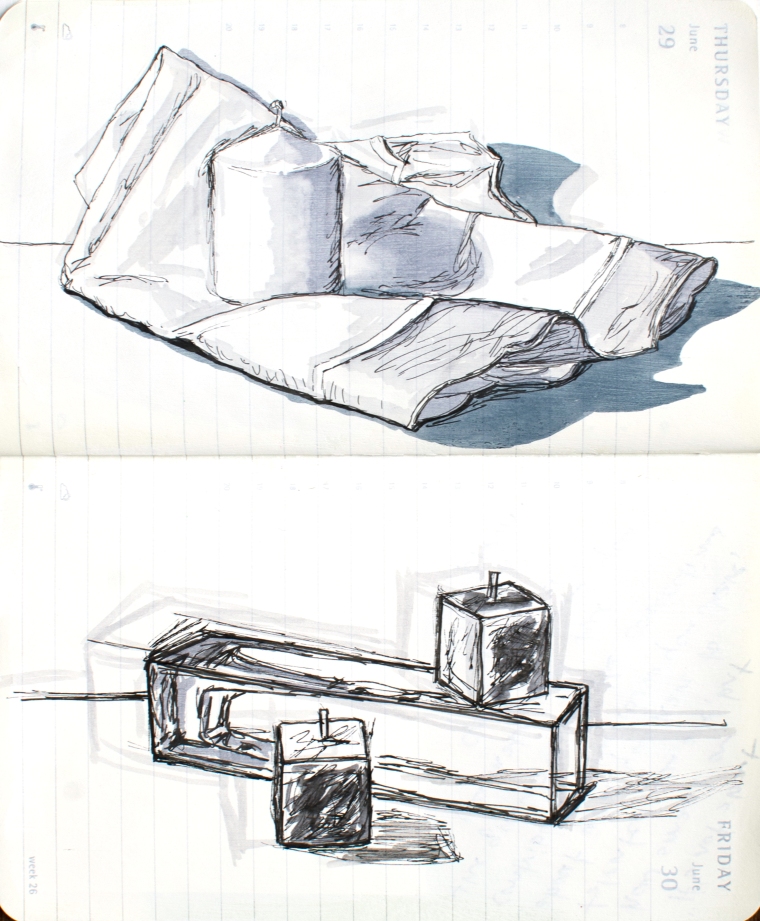 Last summer I challenged myself to draw every day in the month of July. I’m not sure I saw a lot of improvement over the course of the month, but in the end, I was pleased with my small book of ink and watercolour images. These were my favourite drawings coming out it: 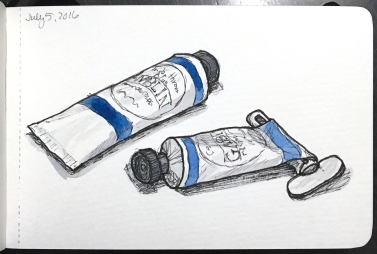 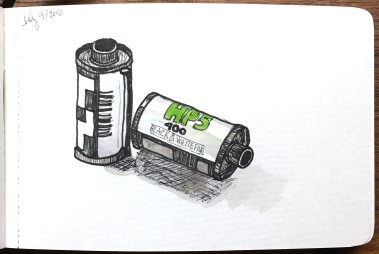 My intention with my 2017 drawing challenge was to improve my drawing skills. Yet, six months in, I haven’t seen the dramatic change I had hoped for. My ability to accurately foreshorten objects is still atrocious and creating volume is hit or miss. I decided that I need to change something in order to see the return I’m looking for – I need to put more effort in and actually work to improve rather than just show up. So I’ve upped my game and committed to drawing for a minimum of 30 minutes each day. Now, before I pick up my Moleskine to do my daily drawing, I begin in my sketchbook – playing with different media or styles or maybe doing a blind contour or other drawing exercise. So far I’m pleased with the result and a little excited about where this might lead.

In June I started out playing with different media each day and that was fun – for a while. Unfortunately, my little Moleskine books have thin pages and I gesso and sand them to eliminate show-through. This creates a fairly smooth, not-very-absorbent surface that limits which media perform well. I’m currently pretty attached to a combination of Copic Multi Liners and KOI Coloring Brush Pens. But rather than commit to a medium or particular items to draw, this month I’m just going to go with what I feel like. We’ll see how it turns out.

2 thoughts on ““If you are willing to do something that might not work, you’re closer to being an artist.” – Seth Godin”